Fixed a number of issues

Adjustment of lead in lights

Update to IGS approach lights to be more realistic

Removed and replaced problematic Taxi model from the airport entrance

Basic AI aircraft file added. Ai Aircraft(if turned on) will now populate the airport, however be warned that MSFS AI is not the best and issues such as AI aircraft taxing the entire length of the runway or flying through city buildings I cannot fix. Hopefully these issues will change in a future game update.
AI will also only use runway 31 for takeoff's and landing's  🤷‍♂️

The long-promised SID and STARS have now been added natively as well as correctly programing the IGS and ILS for runways 13 and 31 respectively. you no longer have to manually add the ILG/IGS frequency in the FMC.
I will try to add the SC NDB approach at a later date.

Charts for VHHX can be found at IVAO East Region
https://xe.ivao.aero/

After many months of work version, 2.0 is here!

90% of the buildings have been re-modelled and textured; this Includes the cargo building, maintenance hangers, fire stations and partial passenger terminal interior.

Airfield height was raised to the correct height.

Road traffic driving across the runway and apron has been stopped.

the majority of random lights have now been removed. (a couple do remain, unknown why)

I have not had time to add all SIDs and stars yet, (current file causes CTD so I have not included it)

If you use the ingame ATC for some reason it will always direct you to use rwy 31 for landings, I don't know why.

Don't forget to remove the previous version from the community folder.

Hong Kong Kai Tak with the famous runway 13 approach that closed in 1998,  little remains today of the original Airport with much of the site being redeveloped into housing and a cruise terminal. This scenery brings back that challenging approach passing low over the Kowloon district of Hong Kong the making a 47 degree right hand turn to line up with runway 13.

Place file into the community folder
----

Create a free account now to be able to to keep track of your mods and their latest updates without struggle.

This file is larger than 250 MB - thus you need to sign up or login to download. It's free and takes just a few minutes!

I must say the old version is better, removed the old in community by the new, Iams missing buildings, the green grass isnt green in the version I loaded so somehow the odl one is better

Thanks for your huge effort making this a great scenery. However, I do have some problems around Rwy 13 after the latest update.

It's fantastic, only 1 small issue, there are no runway lights at night, only the blue and green taxi lights.

Is there something i have missed?

Thanks for your great work.

Hello Ali thank you for the update of my favorite airport. I have some comments. There are cars again in the appron, I belive we need to use again the addon to remove those (I'll test it) also can the terminal keep the yellowish light? That is the most magical effect of this airport, they day you change all lights to white ones I'll die. Also the check board (red and white) is kind of damaged, too many trees around too. And there are some buildings on a hill that don't look nice because the terrain shows a shadow giving the sensation that a texture is missing instead. I'll upload the images in user gallery for your reference. Thank you!

The only bad things are ATCs not giving you timely descent orders (kept me at FL220 past TH) and the cars going through runways (I think those are city traffic of the "original" Hong Kong? IIRC Kai Tak now is a residence area so of course there will be cars going in and out.

Also I think ELATO arrival is missing. In the flight plan you can only choose DOTMI transition for MAGOG, but not ELATO (it's added into the FMC database tho). This would affect traffic from Taiwan and Japan.

Still good and works fine tho.

Great scenery. There is a lot of motor vehicle traffic, cars and trucks, driving across the tarmac parking area, some of them sideways, as if there is an invisible road there. How can that be removed? I have the latest SU10 update installed.

Thanks for your comment. The traffic on the runway seems to be a SU10 issue as it's replicated at any airport where traffic is meant to be in a tunnel(LAX, Paris and others). At the moment there is no fix.

Hi, it seems that in my MSFS scenery has two problems: one is the PAPI lights - it only has one (left ones) instead of two on the both sides of runway 13, and there is no visible arrows on runway 13 thereshold (there is just asphalt).

Are these known issues and is there any way to fixt that bugs?

Hmmm.. I get no traffic. Hmmmm What am I doing wrong? Mea Culpa

Check if the BP branded fuel tanks (as shown in the image library on this site) are located behind Gate 8. if they are not you have an old version of this Addon and will need to delete it and re-download.

Will do ..I have never downloaded your past additions, only this version.

I wanted to keep an older and smaller file version available for download, but this comes across as quite confusing so I have removed it.

Now it's just one downloadable file to choose from.

Excellent work, I did a lot of rubbernecking once I arrived at the gate!

Thank you for this superb freeware scenery and for continuing to improve it! I just have one question: I am not getting any tower or ground communication, just "announce on final/clear of runway" etc. Is this something I'm doing wrong or is it a limitation of the scenery? If it is a limitation, I hope you will fix it! Also, is it something I can fix myself by editing scenery files?

Great model of a legendary airport, kudos! I just bought the SamScene Hong Kong and now there is a cruise ship terminal at the end of the runway. Could you please add an exclusion for it, thank you!

SamScene already has a modification for that, you have to get it from their website.

Outstanding, many thanks for the information. Again, kudos on the great airport!

The runway has no runway lights. Only green and blue taxiway lines are there but no runway lighting. The approach are working though. But it's hard to land on runway 13 if the runway itself is black...

I confirm...Do you add the lights please? The scenery is great but without runway's lights it's very difficulty to land during the night.

Just thought I would update you on my exerience with AI traffic - still unable to get AIG traffic working with the latest version of your mod - however tried an older version that I downloaded a month or so ago (might be v3.0) and I get some static traffic with AIG liveries.....(note in MSFS settings I have AI traffic set to offline) - note I get this before I start the AIG controller - what's everyone elses experience?

For this, it would be nice an add-on to speak the descent rate - it's mandatory for a good final. Keeping an eye on the instruments and one above it's humanly impossible. (But, ofc, that's just a wish, nothing to do with the scenery itself!)

just wondering if the scenery (which is great!) supports AIG traffic?

or does it need the below addon?(looking for both static and landing aircraft)

I have the problem with the jetway connected to the AI plane. 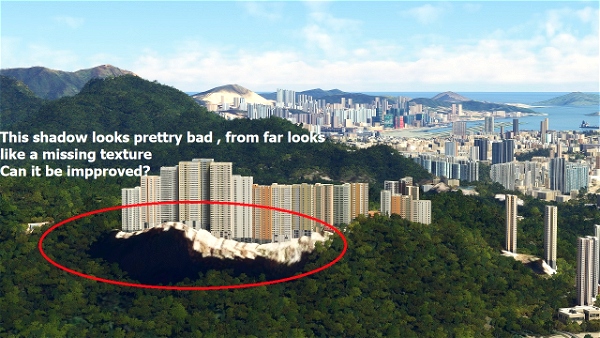 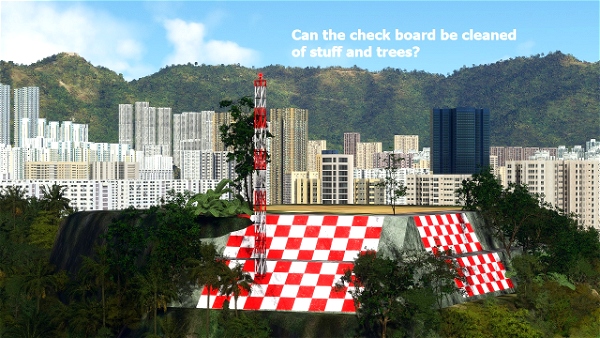 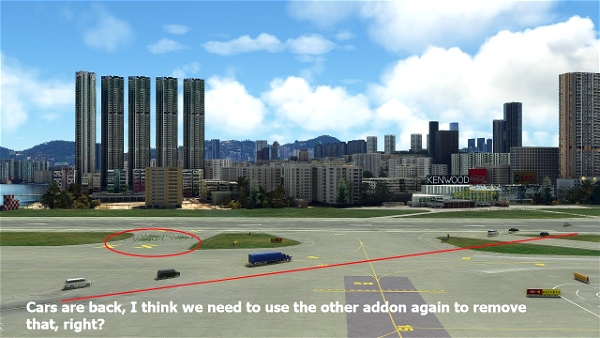 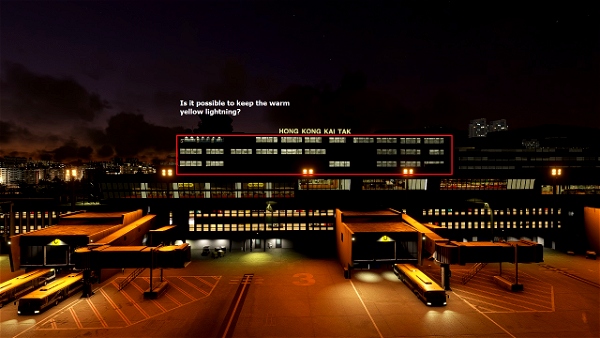 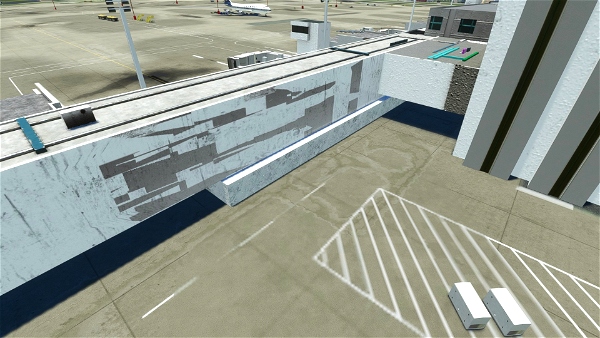 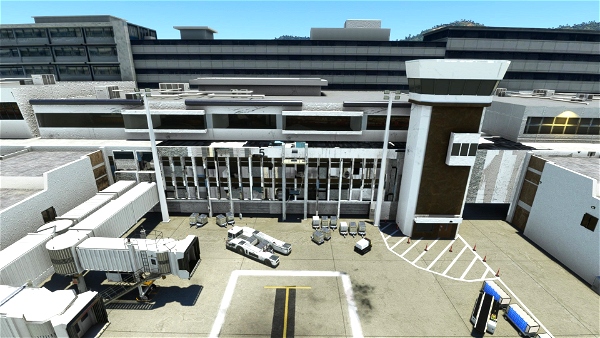 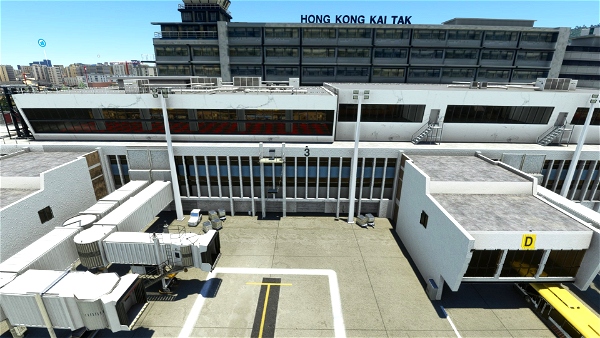 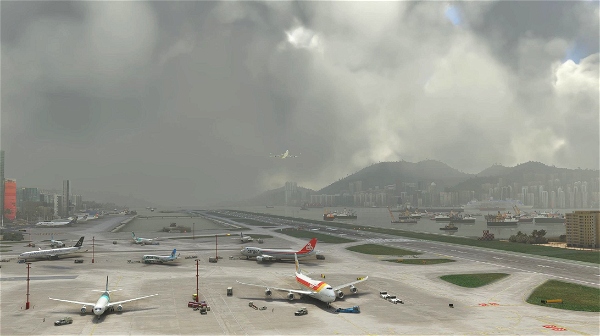 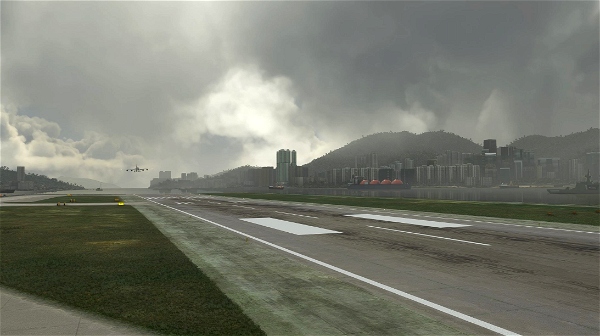 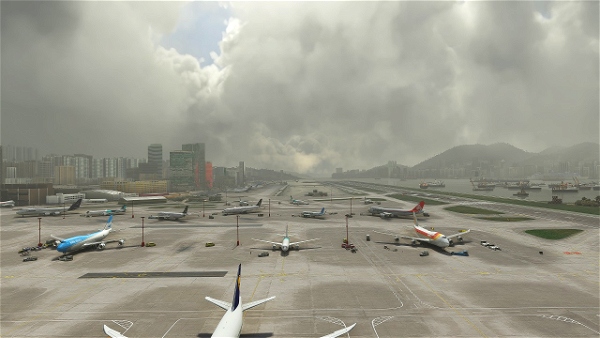 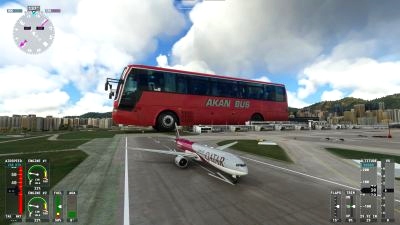 These add-ons may be required or recommended to use.

We kindly ask you to understand that we cannot process copyright requests through this form, as we are required to receive such correspondence in the form of a formal complaint to comply with the Digital Millennium Copyright Act. Please familiarize yourself with the DMCA procedure and send us your notification to the address below. Please note that incomplete or invalid complaints will not be processed.

In accordance with our policy, we respond to notifications of alleged copyright infringement that comply with the Digital Millennium Copyright Act on the U.S. Copyright Office website and other applicable intellectual property laws. Our response may include blocking access to or removing allegedly infringing material and/or terminating accounts. If we remove or disable access to material as a result of such a notification, we may notify the owner or administrator of the affected content to provide a counter-notification.