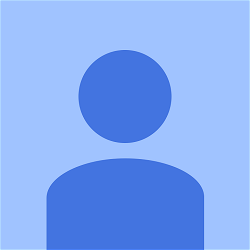 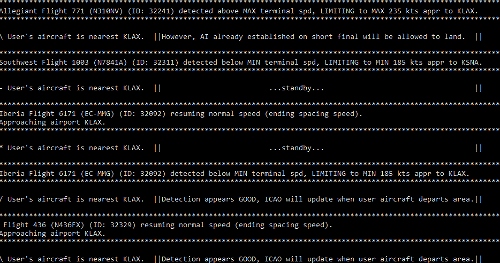 AIFlow is a MSFS simconnect utility designed to ease AI congestion and go-arounds at the airport the user is departing from and arriving at.

As a first step, AIFlow will make all AI in the monitored area cruising at high altitudes maintain minimum speeds according to an altitude vs. speed profile that can be customized.

AIFlow also detects and corrects poor AI approaches under the control of the MSFS AI engine (e.g., too high, indefinite circling, crashes into terrain, flying too slow).  The terrain and circling protections also apply to AI departing from monitored ICAOs.

For added realism, AIFlow adds landing effects that scale up during crosswind conditions.

While the user's aircraft is in flight, AIFlow enforces spacing spacing minimums between the AI aircraft and the user’s aircraft during all phases of the user’s flight (e.g., departure, enroute and approach).  This feature is default OFF and must be enabled.  AIFlow also optionally provides protection against AI incursion onto the runway (including AI that becomes stationary on the runway) when the user takes off and lands.  This feature is also default OFF and must be enabled.

While the user's aircraft is on the ground and departing an airport, the user can also briefly squawk 1234 in their aircraft to temporarily suspend AI landings so that the user can find a slot to depart a busy runway.

AIFlow operates externally via simconnect and thus makes NO changes to the MSFS sim.

See the included readme.txt and readme.pdf for additional details.

Create a free account now to be able to to keep track of your mods and their latest updates without struggle.

Thank you for bringing some order to chaos 👍

Awesome addon. One suggestion for the future (that I'm not even sure is possible): Being able to select which runway AI should use for takeoff/landing.

Been using since P3Dv4 version launched. Irreplaceable when using any sort of AI and you get the hang of the ini options. Thank you!

Great work tho! Thanks a lot!

I'm using AIFlow with FSLTL, loos like the high altitude speed feature does not work, jets are still slow at cruise.

Thanks for the heads up, fix coming soon.

does this addon make AI flare on landing properly and take off pitch etc ?

No, I can look into it though.

would be amazing if you could fix that, it has been my only annoyance really since the release of this sim.

I remember someone doing a writeup on why this would be too computationally intensive to be practical, but hey maybe ClipperOS is just that clever 😊

Thank you so much for bringing this to MSFS. Been using the P3D versions for yrs. A note would be that Flow seems to come with Planspotting yes by default now which results in a lot of go-arounds if using ATC. Maybe highlighting that would help others. Thank you again!!

There doesn't seem to be any good choice? If I enable it by default, I get emails complaining about AI doing "strange stuff" (i.e., the AI are evading the user's aircraft) while the user is flying their aircraft around the airport spotting while checking out the program for the first time. I tried to highlight that it is disabled by default in the readmes. My current thinking is that is the user doesn't want to read the docs initially, it is better to have potentially confusing options turned off by default.

That makes absolute sense. Sorry I did not consider the perspective of a dev dealin with thousands of users in the day and age of plug and play 😊)

Was also not meant as any negative feedback in any way. This is just an absolute crucial tool!! Thank you again!

Hello, I'm seeing a problem when both flow and ground are minimized to system tray, no icon displayed for either. What could be the problem for this?

Sorry, should've checked comments before I posted this.

Slight issue with the new systray option, namely that there don't seem to be any systray icons at all. At first I thought the whole feature was broken and then I noticed that there are blank clickable areas. Applies both to AIFlow and AIGround. Are the icons simply missing or is there some procedure I'm supposed to follow to enable them? Strange considering that the programs themselves have such nice icons!

Thanks for reporting this. Yes, a silly deployment oversight on my part.

Could you please test out these hotfix files and report back whether you are seeing the icons in the systray? TIA!

Hello, these hotfixes seem to work for me.

Yep, works great! Also I have to say, after spending 2 underwhelming hours this morning playing around with the new Just Flight FS Traffic, it really makes me appreciate the freeware traffic stack so much more. May you always find it as rewarding to create as we do to play with!

is this new version of aiflow fix the landings vanishing? ever since su11, aiflow has caused my fsltl landing to vanish. takeoffs and cruise are working great, was just landings. all landings at payware airports and default and freeware ALL Ai aircraft landing vanished. thanks

Does that AI stop for an extended period of time after landing?

ai vanished on landings using previous aiflow . Now that i am using this update aiflow, the landings are back. awesome thank u .

Has anyone experienced an issue where the user's plane cannot descend below ~3000 ft on final when running this program? Saw a few other comments over on AVSIM.

Hi, are there any updates planned for SU11?

Any way to get an update on Aiflow to stop the planes on final from being forced to 1 ft agl? Used it with both AIG and MSFS live ATC, but causes the 1 Ft AGL command with both. I have the .ini file activated and the final app altitude set to 1500ft agl, but if you watch the code in the .exe box during an approach on final, when the ai gets to about a short final distance the AIflow forces it to 1 ft agl and the plane disappears or crashes. Otherwise, it seems promising. Ai ground seems to be working great!

I'm not too sure about this addon, it behaves strangely sometimes, the airtraffic don't climp up like normal and they get stuck at 1500 feet and disappear and reappear, I change the parameters and nothing seems to improve the behavior of the air traffic, I don't know what to think , but sometimes it does seem to work better and it seems that air traffic has a better presence in the environment with the addon working, but not with all planes it seems to work normal, or behave better.

seems to work better this way....

AIPATTERNALT=2600 //above ft no min-max speed except for spacing

does this addon still work properly after the sim update 11 ai changes?

does not work with FSLTL, planes only fly without landing

Is it still not working with FSLTL? Was just about to download.

i think i hava the same problem

I get a CTD with AIG.

And of course you used AIGCOMPATIBILITY=1 correct?

Now I have installed the latetst version, it works.

In the process of getting a handle on MSFS AI control in SU11, some have asked how to disable AIFlow approach holds/speed/alt changes while keeping landing crosswind effects and user-AI separation active.

To do so, in AIFlow.ini make sure the following options are set as follows (also make sure there are NO "//" comments at the START of each parameter):

In the process of testing, these option can be turned back on individually to better assess their effect on your AI setup/operations under SU11. For easier tuning, make sure to use INIPERIODICUPDATE=1 to read the .ini file periodically to apply changed values.

If you want to maintain user-AI separation for normal user flights from a departure to a destination, make sure you have AIPLANESPOTTINGONLY=0

Everything else can be kept at default except for AIG compatibility mode (AIGCOMPATIBILITY =1) if you feel it is needed (must enable BEFORE starting AIFlow).

These add-ons may be required or recommended to use.

We kindly ask you to understand that we cannot process copyright requests through this form, as we are required to receive such correspondence in the form of a formal complaint to comply with the Digital Millennium Copyright Act. Please familiarize yourself with the DMCA procedure and send us your notification to the address below. Please note that incomplete or invalid complaints will not be processed.

In accordance with our policy, we respond to notifications of alleged copyright infringement that comply with the Digital Millennium Copyright Act on the U.S. Copyright Office website and other applicable intellectual property laws. Our response may include blocking access to or removing allegedly infringing material and/or terminating accounts. If we remove or disable access to material as a result of such a notification, we may notify the owner or administrator of the affected content to provide a counter-notification.